Skip to content
You are here
Home > Shopping > From The Creators of Pamu Scroll Here is MongDa: Wireless Charger With Cooling System 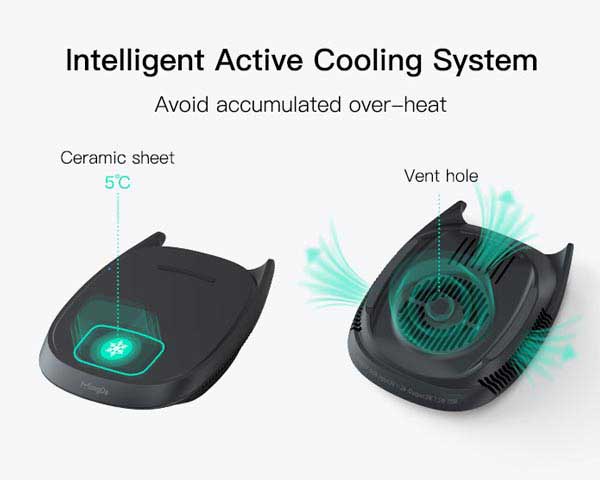 It’s called MongDa and it’s a really interesting wireless smartphone charger. To realize it, currently in crowdfunding on Indiegogo, are the creators of the famous Pamu Scrolls, the true wireless headphones that have done a lot of talking about themselves online.

MongDa looks like a small spaceship (NdR – did it remind us of a miniature Millennium Falcon?) And allows you to charge a smartphone simply by resting it on it, like any other wireless charger, but inside it has a small fan which serves to cool the device when it exceeds the temperature by about 30 degrees. In addition to this there is also a ceramic layer that helps cool the smartphone during the entire charging time.

Regarding the transmission power, MongDa is able to deliver up to 7.5 W when we connect an iPhone and 10 W for other smartphones, such as Samsung, and it is powered by a MicroUSB port.

The advantage of this wireless charger lies in its ability to keep the temperature of the device and the smartphone constant at a level that optimizes the charging process and prevents overheating, long-term enemies for battery performance.

Although our advice remains to keep the smartphone away from the bedroom during the night, this device is also equipped with an optical sensor capable of detecting light, so as to intelligently reduce the noise produced by the fan at night.